Costa guarantees airports are ready for traffic to resume 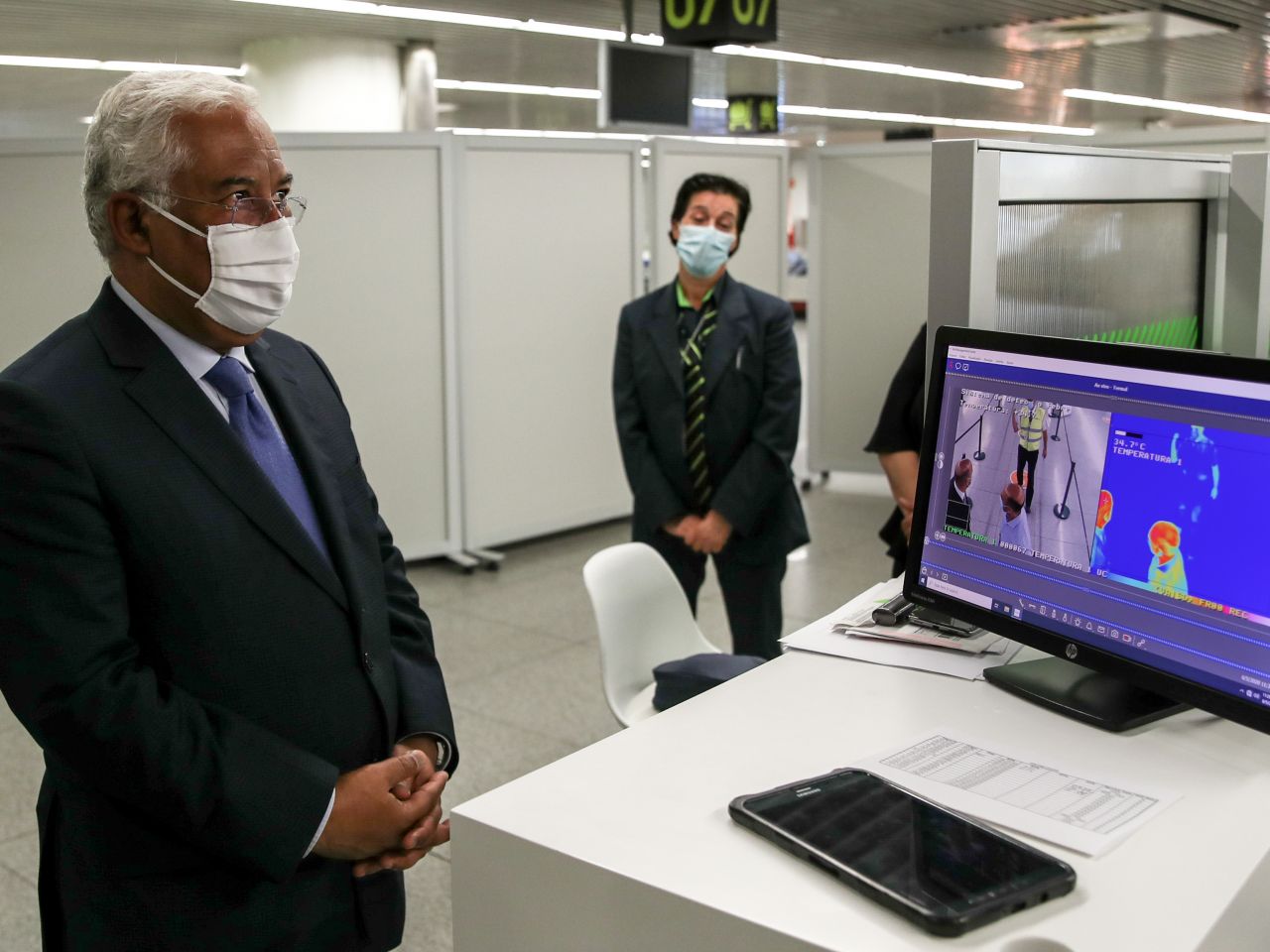 The Prime Minister has stated that the Portuguese airports guarantee safety and hygiene conditions to prevent contagions from the Covid-19 and are prepared for the resumption of air traffic from 15 June.

António Costa made his statement message after a visit of almost two hours to the international airport of Lisbon, from the departures area, to the baggage reclaim area, going through the expansion works of the runway next to Terminal 2.

“I believe I can say what the Directorate-General for Health has already said, but also what international civil aviation institutions have already said, that is, that Portugal’s airports are ready, comply with safety standards and are prepared to welcome the resumption of air traffic with all normality”, declared the Prime Minister.

With the chairman of ANA’s Board of Directors, José Luís Arnaut, at his side, and after a brief intervention by President da Vinci, Nicolas Notbaert, the executive’s leader considered it “very important that the country be prepared, as of 15 June, for the reactivation of routes and for the opening of borders, with a collective effort being made within the framework of the European Union so that tourism can fully resume its activity”.

“For this to happen it is essential that passengers, whether they want to leave or want to arrive, know that they can travel safely. There is work to be done with the airlines, but airports are an absolutely critical point, because people from all over the world cross them”, stressed António Costa at the end of a visit in which none of the main members of the Executive Committee or of the Board of Directors of TAP was present.

For the Prime Minister, “respect for hygiene and safety standards is the greatest guarantee that the reopening of traffic is not an uncontrolled risk factor for the development of this pandemic”.

Authorities look at maximum beach capacities for Algarve, from 15 on some to 12,600 on others – everything you need to know

The maximum capacity of beaches in the Algarve, as a preventive measure against the spread of COVID-19, may vary between 15 people at Praia da Marinha, in Lagoa - 20 at low tide - and 12600 at the beaches of Faro and Montegordo.

The Portuguese Environment Agency (APA) this Wednesday revealed proposals regarding the potential occupancy capacity of the beaches in the Algarve, West Coast, and Tejo areas, those where the ‘bathing season’ begins on June 6th. With regard to the Algarve region, there are two lists, one for the windward region and one for the leeward, which are in "informal consultation".

“In the context of COVID-19, it is important to guarantee the safety distance which may imply a reduction in the occupation capacity on certain beaches. On some beaches, particularly on large ones, the values now obtained may be higher than the load capacity defined currently” explained the APA.

“Determining the capacity of beaches is a complex exercise, which can lead to rules that are difficult to conceive, observe and comply with”, the same entity illustrated. That is why the population is invited to participate in the consultation. Those interested should send their contributions to the email: rp@apambiente.pt.